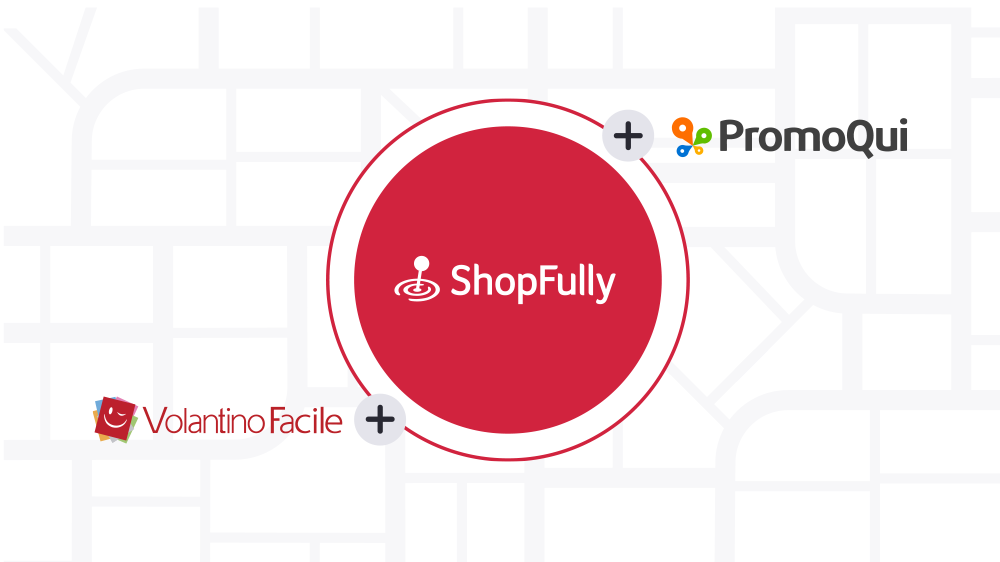 Through this marriage of marketplaces, two out of three Italian families will now use and benefit from ShopFully’s owned network, alongside its additional apps CardPlus and DoveFila. This represents over 14 million primary purchasing decision makers.

“ShopFully is reinforcing its role of leader in enabling in-store shopping with this acquisition,” said Stefano Portu, ShopFully’s CEO. “Combining our sites and apps with our technology platform, in Italy we are able to connect 30 million geo-localized consumers with 250 thousand retail outlets and generate more than  1 billion store visits per year”.

The acquisition comes at a key time for retail. Restrictions linked to Covid-19 have accelerated the existing shifts in consumer behaviour, where the role of digital media, and particularly smartphones, is becoming ever more critical in all phases of the shopping process. In a recent survey*, 62% of consumers said they had used PCs or smartphones to help them with their shopping since the outbreak took hold, of which 64% used digital media to get information in advance on products in store, and to prepare shopping lists.

Portu added: “Digital Transformation is a key accelerator to restart the businesses hit by Covid-19 restrictions. We are seeing clear signals both from consumers – with increases of over +70% on traffic to our marketplaces – as well as from retailers, who in these months have essentially abandoned paper flyers and confirmed they can compensate effectively digitally. We believe these are two facets of the same trend, where the smartphone will be the remote-control for in-store shopping, used in all the steps from pre-visit preparation to shopping. ShopFully, also thanks to this acquisition, confirms its position as a partner next to the retailers to facilitate the success of this transformation”.

Constantin Wiethaus and Milo Zagari, the two CEOs of PromoQui S.p.A. – of which they are founders together with Giulio Valiante and Ivan De Liguori – commented: “Our mission has always been to accompany Italian retailers in the digitalization of their Drive To Store campaigns and in ShopFully we have found the ideal partner to realize this. Combining our assets, teams and competitive advantages we are contributing to strengthen position of ShopFully as the indisputable leader in Italy, able to support and reinforce the retailers, and even more so in the epoch-defining period we are witnessing currently. The acquisition is also a great recognition for the hard work of the whole team over many years”.

Following completion, Constantin Wiethaus and Milo Zagari will remain as Vice Presidents within ShopFully. The Italian sales operations will be integrated under the leadership of Marco Durante, Vice President Italy.

ShopFully has eight offices in three continents, a team of 250 employees of 16 different nationalities and over 700 commercial partners between retailers and brands.

The closing of the transaction is not conditional on any external approvals or any other clauses.

Both ShopFully and PromoQui S.p.A have been advised in this transaction by two separate teams of the law firm Orrick. The Orrik team assisting ShopFully has worked closely with Claudia Tarantino, Head of Finance & Administration in ShopFully.